On October 14, iPhone 4S was launched. It was a long waited day for the fans of iPhone and they have waited long for availing the best smartphone ever from the Apple store. The lines of millions of people remained outside the local store of Apple with lots of smiles, grins and chattering. But, many news channels have reported groans aroused with iPhone 4S. The latest error highlighted by the news channel and the customers is the unusual battery drain with the iPhone 4S. The battery drains are even happening if the phone remained idle. 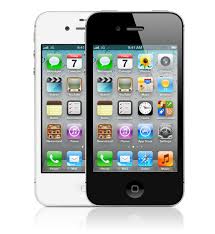 Many have accused poor reception for this highlighted problem. But, the fact is poor reception is not associated with the unusual battery drain. This problem was associated with the old version of the phone. The new device is installed with dual mode antennae scheme for ensuring the better signals reception in the phone. People have reported that their old version of iPhone 4 has much better battery life than this new version, iPhone 4S.

In response to this problem, many iPhone 4S experts have said that it is because of the user errors. They have pointed that the quick drain battery is because of the inappropriate use of the device by the users. Users do not turn off the non essential apps and functions, thus they have to face such problems. After this report from the executive members of Apple, many users have incorporated the change in their usability of the phone. Still the problem of unusual battery drain persists.

A member of CLS, Apple support forum has also highlighted that same problem with his iPhone 4S. He said that by using the iPhone 4S for 30 to 45 minutes, he lost 35% of the battery. That was not the case with old iPhone 4. He also added that if this matter exists then he might have to recharge 100% of the battery every night.

Apple has heard the voice of iPhone 4S users and they have evidently started working upon the issue. Apple has apologized to the users and they have assured their incredible support for fixing the issue. Some of the users were blaming new dual core CPU for the battery sucking. But, Apple was not thinking the same. According to the views of experts of Apple, iPhone 4S is designed to provide 9 hours Wi-Fi data browsing and approx 8 hours of talk time on 3G network.

On the other hand, some of the users have blamed the iOS 5 operating system in the new iPhone 4S as battery drainer. iOS 5 is the main culprit according to the theory presented by Apple, as well. iOS 5 operating system always remain active for polling the location of the device. This is the main reason for battery drain and users have to recharge it so often. Apple is working with its team to sort out the basic problem associated with the iPhone 4S. They will soon figure out the possible solutions for its users.